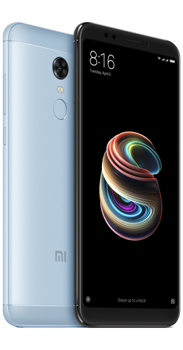 Xiaomi Redmi 5 Plus - Also Known As Redmi Note 5!
Xiaomi has cleared runway for Redmi 5 and this time launching the Plus variant of basic version of this smartphone. It is speculated that this phone is coming with mesmerizing full vision display which is now quite common trend in smartphone world. Xiaomi Redmi 5's specifications are different from successor and it seem that this version is getting better treatment as compare to its predecessor. Both Xiaomi Redmi 5 Plus and its elder bro are going to debut at the same time and it is also speculated that they are going to launch before the launch of Note series smartphone of this brand. Xiaomi's Redmi 5 Plus looks stunning in its new design and it seems that its design is also different from its brother but type of display panel used inside upcoming Redmi 5 Plus by Xiaomi is IPS which is also used in the basic version of this phone. Big difference lies in the resolution where this new phone has got 1080 X 2160 resolution while basic version of Xiaomi 5 Plus has got 720 X 1280 resolution with five inch screen. Revealed design also showing that Chinese are going to try something new and now you will see the Xiaomi Redmi's 5 Plus in a new way where the upper and lower portion of the bezels got front facing dual speakers along with front facing camera on the top side of Redmi 5 Plus. On the back side Chinese brand has decided to install a dual camera to do some more sharpness in image quality of the camera. 5.99 inch display LED is used for 5 Plus while it is also speculated that this phone is coming in two variants with 3GB and 4GB RAM.

Xiaomi Redmi 5 Plus Feedback and Reviews

Ali
30 Aug, 2020
Redimi 5 plus, Selling, near to dead, Can use its spare parts, or repair it by software or hardware. New screen and touch pannel installed recently, which is fully working, 03214044024, Lahore

Xiaomi Redmi 5 Plus In News