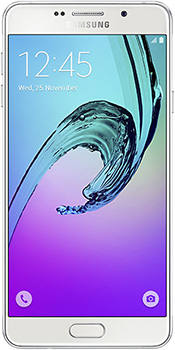 SAMSUNG GALAXY A7 2016 - Go beyond Imagination!
SAMSUNG introduces a great model GALAXY A7 set for release in year 2016. The phone packs a punch with its 5.5 inch Full high definition display thatï¿½s running on the popular AMOLED technology and is protected by Gorilla Glass 4. To run the great Samsung Galaxy A7 2016, 3GB RAM is embedded inside companyï¿½s own Exynos 7580 chipset which is developed specifically to provide an unmatched smooth performance to its users. Samsung's Galaxy A7 2016 comes in a hybrid dual SIM type technology that makes the user choose between a second Nano SIM or a microSD Card. An unmatched microSD card support of up-to 128GB is provided in the new Samsung Galaxy A7's chipset and its internal storage capacity is 64GB. To provide users with never ending smooth capturing experience, a great 13MP snapper is located on rear end of Galaxy A7 2016 by Samsung and is equipped with autofocus, touch focus, face detection, panorama and HDR features whereas on the front is the standard 5MP snapper with HDR mode support. Both cameras of Samsung A7 2016 support Full HD video recording and are equipped with in-house video and picture editor as well. To provide users with best android experience till date, Android Marshmallow runs out-of-box on Samsung Galaxy's A7 2016 making the phone best choice for multitasking and application experience. NFC, Wi-Fi dual Band support and A-GPS with GLONASS support are included in the connectivity suite of Galaxy A7 2016 to provide the users with all the connectivity options available in the smartphones. The phone comes with 12 months warranty and is available in traditional color variants. Body of A7 2016 resembles its predecessors and is a bit thicker around the edges but is comparatively light weighted than its older models.

Samsung Galaxy A7 2016 Feedback and Reviews