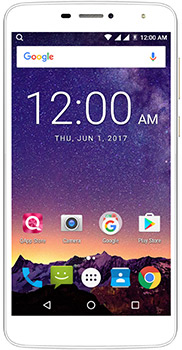 QMobile QNote - Power, Entertainment, Metal Casing And Many More!
Mobile brand QMobile disclosed the QNote which is going to be the next wonder in Pakistani market. This device is totally different form other devices and you will get the new look with mind blowing software. QNote series is now back in action and soon this device will be seen in action. Most of the devices follows the old trends and keep old design but now with passage of time now QMobile QNote has changed the thinking and the upcoming device is fully loaded with QMobiled spirit. Want to get Noired with new smartphone then buy the QMobile's QNote today and you will see that how much different is this from its previous devices. Appearance is not the only thing which is change but the software is also upgraded. QMobile QNote's Nougat update brings lots of new features that were not available in previous device. One feature which has made me crazy is addition of split screen in QMobile latest QNote. Now you can run two different tasks at the same time by simply activating the split screen feature. Now you can control your home appliance with QNote because it brought you the IR blaster that will convert your device into a remote. Image+ Clone feature you can clone your images and save for later use. Theme Park is also given inside QNote that will help you to decorate your smartphone according to your mood. Now it is time to take a sneak peek inside the technical specs of upcoming QMobile device which is going to release soon and QNote is the name of that device. and on top of the list is 6.0 inch IPS display. After that next in line is 1 GB of RAM and 8 GB of built-in storage. Camera setup consist of 5 MP back camera while QMobile QNote has hired 2 MP camera for front. Quad core 1.3 GHz processor is fixed inside the belly while 2500 mAh battery is serving as power bank for QNote by QMobile.