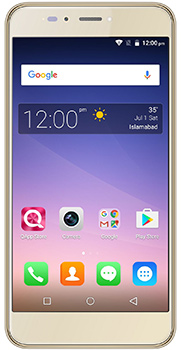 QMobile Noir CS1 Plus - True Camera Smartphone!
QMobile confirmed that Noir CS1 Plus will be there next flagship device and it will carry all those features which are necessary to be called as flagship device. Some features that we will find in QMobile Noir CS1 Plus are directly associated with this Pakistani brand and for now it is only available in this local brand. Unibody structure of the device is totally mind blowing. QMobile Noir CS1's specifications list is also pretty long and you need a lot of time to fully understand that what important thing are added to the device. QMobile Noir CS series always dubbed as the flagship series and now this new phone will keep the legacy and just like other devices it will be a role model smartphone for all other brands. QMobile's Noir CS1 Plus is debuting with 5.5 inch LCD which is loaded with HD resolution where technology used inside the display is oncell IPS panel which is very popular for devices like Noir's CS1 Plus. You will get Noired with new features like split screen, Dara Clone, IR Blaster, Theme Park, Kid Zone are a key selling features of QMobiles Noir CS1 Plus. Software of the device is also upgraded and now you will meet the Nougat Android operating system which is latest addition to the family of the Google but Q Mobiles Noir CS1 Plus got a special treatment and software used inside this phone is filled with QMobiled spirit that you will never find in any other smartphone. QMobile CS1 Plus has packed a powerful chipset of MediaTek that provides a solid base to the 1.3 GHz quad core processor to handle all the processing perfectly. Backed by 3 GB RAM QMobile Noir is truly a pro and no doubt that it is made for heavy games and applications to run.

Qmobile Noir CS1 Plus In News