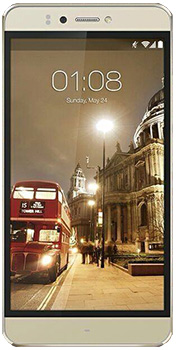 Rivo Phantom PZ18 - 3G Life, Smarter Phone
Rivo has just introduced new Phantom PZ18, a phone that actually can prove as fourth generation companion as it is usable everywhere. Starting from its design, company has paid extra attention and provided Rivo Phantom PZ18 with high end design, the phone looks just perfect for one handed use even with its massive IPS 5.3 display. Coming with a great processor i.e. Quad-Core clocked at 1.3GHz to keep Rivos Phantom PZ18 running even when it's burdened with 10 applications at once. Embedded on its internal ROM is great Android 5.0 OS that supports back-end applications as well. Rivo Phantom PZ18's Royal highness is a great phone when it comes to taking selfies as company has gone a step ahead and installed LED flash on its both front and back that allows new Phantom PZ18 by Rivo to make video calls in low light conditions as well. The back holds three LED flash lights along with 13MP unit that takes video making at night to a whole new level. With Rivo PZ18 in your pocket, communicating with your loved ones will be easier as it comes with blazing fast 3G support and Dual SIM/Standby support along with Bluetooth and fast USB port as well. Rivo Phantoms PZ18 is a giant smartphone that requires high capacity battery and thats why it has 2500mAh battery to answer all of its needs and it also provides boosted battery time as well. Rivo Phantom PZ18 comes with internal memory of 16GB but it can be raised as much as three times with its expansion card. Last but not the least, Remote Control feature is now finally provided in the handset as Phantom PZ18's infrared sensor allows you to control other devices through your phone. it is available in Grey, White and Golden color.

Akif
07 Apr, 2019
I need pz18 bord panel if any one has pls mail me with pictures at [email protected]
More comments