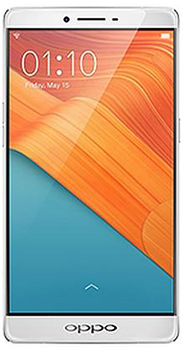 OPPO R7 Plus - Reset Your Life Without Prompting!
In recent months OPPO has drawn much attention with leaked photos and videos of its upcoming R7 smartphone that distinguishes itself with an almost nonexistent edge along the sides of the screen. Now the exciting smartphone, which is joined by a larger version is soon to become a reality. Oppo tweeted a teaser that an official event will take place on Wednesday 20th May in Beijing, where R7 and R7 Plus will be launched. The long-awaited Oppo R7 Plus bids for a 5 inch large screen with a Full HD resolution of 1080 x 1920 pixels. The processor is the MT6795 type from MediaTek, which is able to record in slow motion with an insane rate of 480 frames per second. Along with all of that the handset will feature up to 3GB of RAM and 16GB of internal storage, that can also be expanded. The camera is expected to be a 20.7 MP, while there will be a relatively small battery of 2320 mAh, presumably to achieve the very thin profile of only 5 mm. R7 Plus is soon to find its launching presentation. It will, unsurprisingly, be in possession of a larger screen, but exactly how much is not yet clear. Another difference would be the added fingerprint reader, which is placed under the camera and has moved toward the center of the larger version. Both the Oppo R7 and the R7 Plus are provided with the VOOC quick charge that guarantees up to two hours runtime at a pressure refueling of batteries after a few minutes of charging.

Oppo R7 Plus Feedback and Reviews

Oppo R7 Plus In News