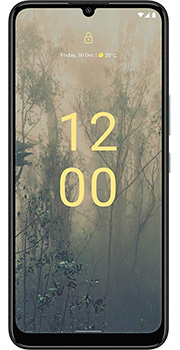 Nokia C31 - New Entry In C series!
In the current year, HMD Global has expanded the Nokia C series with several phones, including the Nokia C21 and Nokia C21 Plus. Apparently, the company is preparing yet another affordable phone called the Nokia C31. This phone has been revealed in the database of the Geekbench performance test. The listing has revealed some of the most important features of this phone. In the Geekbench test, the phone has received a single-core result of 145 points and a multi-core result of 796 points. So it is a phone with entry-level performance. The listing reveals that the Nokia C31's a Octa core processor inside, where the most powerful core operates at a frequency of 1.6 GHz. According to the information, it is powered with a Unisoc chip with a PowerVR GE8322 GPU. However, the Geekbench listing, shows that the Nokia C31 phone will have a Unisoc SC9863A chipset which was also been seen in Nokia C21 and Nokia C21 Plus phones. This phone also gets 3 GB of RAM and 32GB of internal storage. The Phone will also come in other storage options like 64/128GB ROM and 4GB of RAM. Android 12 operating system will run all the applications of C31 by Nokia. HMD Global will organize a release event at the IFA trade fair tomorrow, September 1, where it is expected to see new phones.