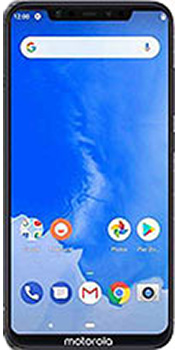 Motorola One - Lunched In Collaboration With Android Go Program!
It seems Motorola silently launched One and its elder sibling. Both of these smartphones are based on Android Go program in which they will get the updates faster without any kind of customization. Motorola One will run faster because it will not getting any kind of customization from its brand but only some modifications which are necessary for any phone. Motorola's One was leaked for many time but today it became official and soon it is coming to Pakistan too. So get ready to meet the pure Android in your life for the first time. Motorola One's specifications are also improved as compared to other brands and devices available in market. Samsung also launched its Android Go powered phone and now this brand has launched One in market to give some competition to that phone. In the start this phone came with Android Oreo 8.1 but new version of the Android operating system is already in market that's why One is planned to get this update soon but without any kind of customization. This smartphone is splash resistant and display of this phone is 5.9 inch. One brings FHD Plus resolution which mean that pixel ratio will be 1080 x 2160 and it also brought Full Vision Display for its fans. After joining Lenovo this brand has launched many devices and Motorola is planning to launch more devices like the One in market so it can get the highest ranks in the smartphone industry. Qualcomm is the vendor of MSM8953 Snapdragon 625 chip that used to bring Motorola branded One to the life. On top of it octa core processor is embedded which has the clock speed of 2.0 GHz. RAM of the phone is 4GB which has job to keep One by Motorola smooth while playing games and multi-tasking while 64 GB of ROM is hired to store all the data. SD card is also provided inside which is going to give Motorola One additional storage of 256 GB.

Motorola One Feedback and Reviews

Motorola One In News