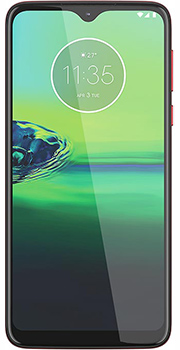 Motorola Moto G8 Play - A Budget Smartphone
Motorola plans to launch the Moto G8 which will have a moniker Play at the end. At the beginning of the year, the company introduced a G7 series that has got four smartphones and this may also follow the same pattern. The new Motorola Moto G8 Play is coming with the comparatively short screen size as compared to the other smartphones these days. The size of the screen is 6.2 inches that will be IPS LCD in nature and which will give the Motorola's Moto G8 Play full HD plus the resolution of 1520 x 720 pixels with 19:9 aspect ratio. The coming smartphone will be powered a MediaTek chipset, either Helio P70M. The SoC of the Motorola Moto G8's going to be equipped with 2 gigabytes of RAM and the built-in storage will be 32 gigabytes. The chipset and memory show that the upcoming Moto G8 Play by Motorola is going to be a budget smartphone. The battery of the device is more powerful than the G7. The powerhouse will produce 4000 mAh capacity that will keep the Motorola G8 Play running on for a long time. The phone is expected to come with triple rear camera setup along with an LED flash. The selfie is going to be 8 megapixels. The coming Motorola Moto's G8 Play will be packed with a rear-mounted fingerprint scanner. This is the technology that will not allow anyone else to get access to your phone. The dimensions of the upcoming Moto G8 Play are 157.6 mm x 75.4 mm. The phone will be running Android 9 Pie operating system out-of-the-box. This budget phone from the company will a good competitor for the rest of the companies like Samsung. The new G8 Play will be a good smartphone to have.