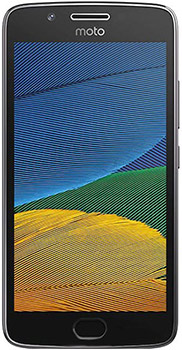 Motorola Moto G5 - One Step Ahead!
Motorola has revealed the new Moto G5 with some breath taking specs to take competition even to the higher stakes. This brand is really working hard to gain its lost position due to lack of new design. Motorola Moto G5 is just came up at the end of year which mean that we will see this phone in the first few months of new year. So far the teaser images reveled that the Motorola's Moto G5 is equipped with 5.0 inches full HD display for better graphics and colorful display. Next in line is its octa-core processor that will act as the power generation engine for Moto G5 by Motorola. 2 GB of RAM is attached to the main hub to perform even better while multi-tasking. 32 GB built-in storage is installed that is used to shelter the applications and large games. Motorola Moto G5's storage is pre-occupied by android operating system v7.0 Nougat while if you want to expand the memory then a micro SD card slot is also placed inside the Moto G5's body. Turbo charging feature is also became the part of the device that will help you to charge your device in few moments. 4G LTE and 3G with HSPA technology has made Motorola Moto's G5 a best choice to use data connection at super fast speed that brings you non-stop video streaming and many other function that work slow with other devices. Motorola G5 has packed 13 MP camera on its back which is equipped with LED light HDR, touch focus and auto focus also. All combine together produce perfect image with enriched pixels. Motorola Moto G5 is all about the latest specification and modernized design that will make you feel superior in front of others.