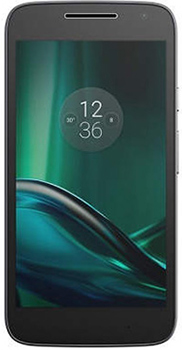 Motorola Moto G4 Play - Last In The Line Of Its Leadership
Motorola has unveiled the latest Moto G4 device that is going to Play hard ball for all the leading brands. This new smartphone is now in local markets and giving a tough time to its competitors in the game of thrones. Just like others Motorola Moto G4 Play is also trying to impress the audience with its breathtaking performance. Extremely great products came out from this leading mobile manufacturer brand. Motorola's Moto G4 Play is loaded with 5 inches LCD that carries IPS display inside it. As far the resolution is concerned 720 x 1280 pixels combination is used that give crispy display from every corner of Motorola Moto G4's capacitive touch screen. These pixels are filled with 16M vibrant colors with multi-touch support. The display of phone is decorated with today's best android OS v6.0 marshmallow. Moto G4 Play by Motorola is equipped with Qualcomm MSM8916 Snapdragon 410 chipset on that a 1.2 GHz processor and Adreno 306 GPU both are running parallel to manage system speed and graphic setting. Motorola G4 Play has two variants one of then is running with 1 GB of RAM with 8GB ROM while second variants running with 2 GB RAM and 16 GB of ROM. Both variants has a micro SD card slot that expand memory of G4 Play up to 256 GB. Photos taken from fully functional 8 MP primary camera take color enriched images while front 5 MP is also capture impressive selfies. Motorola Moto's G4 Play has the estimated battery capacity of 2800 mAh that makes this device more interesting. This handset bear single SIM slot that give access to Moto G4 Play to enjoy the 3G and 4G LTE connectivity.