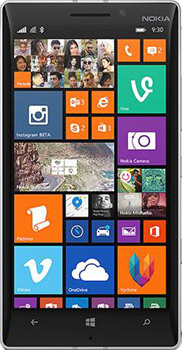 Microsoft Lumia 940 XL - The future Smartphone!
Today Microsoft unveiled Lumia 940 and 940 XL, with numerous enhancements and advanced modern equipment, once again company displays the characteristics of future Microsoft Lumia flagship. Earlier the rumours were circulating about Microsoft getting ready to launch some high end Lumia handsets and the updated information is quite similar to what we had heard before. Credited with 5.7 Inches QHD-screen, Microsoft's future top of line Lumia handset packs not one or two but 3GB of RAM along with a Spacious 32GB of internal storage. The smaller version of the rumored microsoft handheld devices is known as Lumia 940 and the larger version is Lumia 940 XL. Which differs from the first mentioned smartphone only in screen size and rest of the features are same. As per the leaked information from Microsoft, which is now confirmed, It is reported that Lumia 940 handheld and its large screen brother phablet Lumia 940 XL will run on the Snapdragon technology with a little twist. The phablet has an Octa-Core 4+4 snapdragon 810 processor while the smaller Lumia handset runs on Hexa-core 4+2 Snapdragon 808 processor. which is quite a leap if you want to compare it with the predecessor Lumia 930. The main camera is based on PureView technology carrying 20 megapixels on the back with LED-flash and optical stabilization system of the third generation and 5 MP front camera for better and nice selfies. Lumia 940 also features Real Sense 3D by Intel for three dimensional images, whereas Lumia 940 XL has a battery capacity of 3300mAh having a corporate adapter that will support super-fast charging mode. Both of The Microsoft smartphones have a same exterior look and design with Aluminium frame and same old polycarbonate back shells. As soon as the devices are launched both Lumia models will make its way to Pakistan at a very attractive price tag.

Armaan
30 Oct, 2016
jaldi release karo yar i love Windows mobile coz its too good than the Android....

Saqib
10 Dec, 2015
Dear Awais Rao, Microsoft is behind the competition because Android is free. Its just a kernel and all companies design their own shell (layout). Q Mobile kit kat version is different than Samsung. This is the reason why different Android sets perform differently. They configure the code according to their device. On the other hand Microsoft is not free and its not flexible. Microsoft is a refined product like IOS. WP doesn't need new processors and more ram. Its about high quality software running on low hardware and giving superior performance. High quality means no crash, no lag and no virus. Secondly, availability of apps. It is directly related with number of users and vice versa. Its chicken and egg problem. Lastly, majority people are stupid. They just buy what others buying.