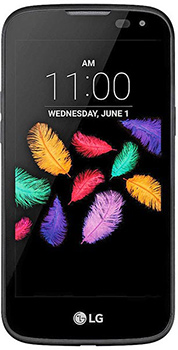 LG K3 2017 - Last One Was Better But This One Is Best!
LG is back with updated K3 2017 model which is more developed as compared to its previous version. In this new device company has made improvements in many sections. Now the camera lens of LG K3 2017 is more better then the past one while the battery power is also increased. The design of the design still remain the same and it is equipped with 4.5 inches IPS display. LG's K3 2017 boast only one sensor which is accelerometer while pixel resolution is 480 x 854 pixels. Now the display will look more good and vibrant because 16M colors are there to fill the tiny pixels of screen. LG K3 2017's engine consist of mediatek chipset where 1.1 GHz quad core processor is clocking at quite impressive speed. Mali GPU is also became part of engine that will make K3 2017 by LG more fast and stable while playing heavy games. More powerful and capacious 2100 mAh battery is also fitted inside the body of the LG 2017 to make it run for more time as compare to its previous model. Built-in storage remain the same which is 8 GB while the 1 GB RAM is also the same amount that we got in previous year LG K3's 2017. Android OS v6.0 marshmallow is is installed inside out of the box that plays key role in keeping system boosted with help of its built-in tools. 5 MP camera sensor is located on the back of LG K3 2017 that performs quite well in taking snaps no matter how bad the weather is or how much light is available. Front camera is upgraded from VGA to 2 MP that make K3 2017's front camera perfect for fine selfies.