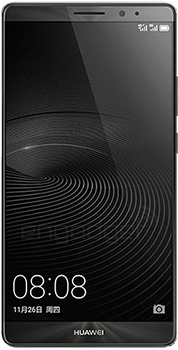 Huawei Ascend Mate8 - Brilliance at it's Best!
Huawei brings you Ascend Mate 8, all equipped and ready to rock and roll the international market with a bulky price tag. The Chinese brand landed a great success earlier With Huawei Ascend 7, on this success we would like to connect with the follow-up device with premium hardware. A foretaste of the possible specifications from Huawei provide us with some similarities and differences, Including the news claiming unibody of Ascend Mate8 is completely made of metal. In addition to the material used, some similarities in design are also well recognizable. The design makes perfect sense, after successfully elegant design of the last year predecessor. With Ascend Mate 8, the resolution of the display is slightly increased. There is no FullHD display to be seen However, the difference is hardly noticeable as a rule. With slightly higher resolution we can however look forward to further improvements in the field of display technology. in regard to the display and overall size ratio in 8, there is hardly any room for improvement. The display edges are almost non-existent on the sides and are kept to a bare minimum 8 the top and bottom. Huawei Ascend Mate like Ascend P8, has a powerful processor under the hood with LTE Cat-6 support. Sony IMX220 sensor with 16 megapixels represents the highlights of the smartphone. Huawei Mate8 also has a fingerprint sensor and is expect to release in Pakistan in June at a hefty price.