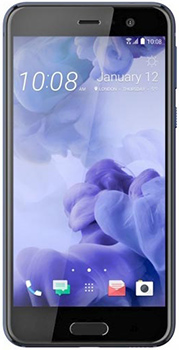 HTC U Play - Innovation Redefined!
HTC has introduced new handset U Play which is part of their new series which is appeared just after few days of new year. A long list of specs just appeared online and it i pretty clear that HTC U Play is second device from this series. This second device is not as high end as its elder sibling but announced specification are showing that its a mid-ranger device with 5.2 inch of screen. HTC U Play's display consist of IPS display technology where capacitive touch screen is embedded on top that will also absorb the impact of hard touch or soft touch evenly on all screen. HTC's U Play has packed 2500 mAh battery which does not seem too powerful in matter of numbers but it will give you the stand by time of one and half day easily. 4G LTE activated U Play by HTC has made live streaming quite easy. Now you will watch videos and movies with lighting fast speed no matter where you are. 1080 x 1920 pixels resolution will take the display result of HTC Play at whole new level. Android OS v7.0 Nougat is running out of box to make the inner look more glowing as compare to other leading brands in market. HTC U's Play has hired Mediatek MT6755 Helio P10 chipset where octa core processor is running at ground breaking speed. Mali-T860MP2 GPU is also attached to chipset to politely handle the U Play's graphics section. 16 MP camera is installed on the back while same 16 MP camera is used as the front selfie snapper for better and improved selfies even in low light conditions. HTC U Play is a master piece that will change your whole world in blink of an eye.

HTC U Play Feedback and Reviews

HTC U Play In News