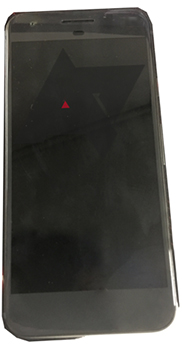 HTC Nexus Marlin - Successful Addition To Nexus Family!
HTC brings people together with Nexus Marlin, these devices from Taiwanese company has the power to change a person's life with their modern technology. As days are passing the technology is getting more sophisticated. HTC Nexus Marlin is made after keeping this approach in mind that they have to stay put in the competition in upcoming days. This brand has decided to seriously experiment with the names and appearance of its products. HTC's Nexus Marlin is the beneficial product of such an experienced and extraordinary producer where room for errors is rare. Stunning smartphone in the manner of its looks. A finger print scanner is placed on HTC Nexus Marlin's back. The front panel has 5.5" QHD display with support of 16M colors produces an outclass image result while resolution of the Nexus Marlin by HTC is also stunning as its design. This type of touchscreens not only produce HD display but they also saves the precious battery. 3450 mAh battery is really a big figure that will provide HTC Marlin long lasting battery timing. The device packs Snapdragon 820 or later chipset that actively helps to increase the performance of 4 GB RAM. HTC Nexus's Marlin has 32/128 GB built-in storage with respect to its variant. The memory of device can be further expandable up to 256 GB. 12 MP primary camera captures images without any noise. Nexus Marlin's 8 MP front camera is suitable for the business class person's that need to attend meetings online. Further this device connectivity is based on WI-Fi, Bluetooth, USB port, 3G & 4G LTE. HTC Nexus Marlin is really that phone about which we can say that it has everything in that a smartphone user need.