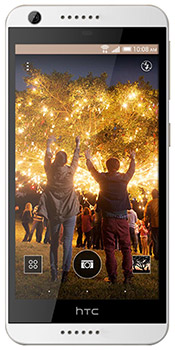 HTC Desire 650 - Redefined Shape And More Stylish Appearance!
HTC has officially announced the Desire 650 specification and in the near future this new smartphone will be sitting in your local markets. Now they have made this device more smart where the front panel of HTC Desire 650 is much improved and stylish as compare other companies phones. The Taiwanese giant is now official in Pakistani markets and everyday new phone like HTC's Desire 650 has been introduced top the market and mobile phone users. Now they are persuading the gadget lovers through the new technology and spec. HTC Desire 650's display is consist of strong and durable 5.0 inches IPS LCD with capacitive touchscreen sitting on the top. Corning Gorilla Glass is also installed to make it scratch resistant and smug proof. Desire 650 by HTC has hired the best OS of the world which is definitely Android v6.0 marshmallow. OS is not alone because it is combined with HTC Sense UI that makes Desire 650's home screen look more vibrant and alive. Just like everything else a phone cannot run without spare parts that's why Qualcomm Snapdragon chipset is stuffed inside the body of HTC 650. On top of that quad core processor is running while to make the things more smooth 2 GB of RAM is also combined with the main processor. 16 GB of built-in memory is provided to HTC Desire 650 that plays important role in housing of apps and large amount of data. 13 MP sensor on the back is equipped with auto focus and LED light that make HTC Desire's 650 capable to take images even in the low light conditions. 5 MP front camera has hired f/2.8 to make the wide angle selfies easily.