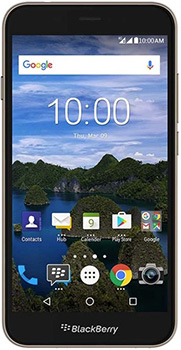 BlackBerry Aurora - Shining Like Northern Light!
Long forgotten BlackBerry is launching Aurora which will shine like Northern lights that seen in middle and high latitudes due to solar particles bombardment. After Mercury this phone is next in line that is named as BlackBerry Aurora and it will make company shine like those lights that shines out of no where. As we all know that before this phone company did not used dual SIM slot in any of their phone but in BlackBerry's Aurora they used dual SIM slot for the first time which is plus point for this brand and you can easily use dual SIM cards to keep in touch with your friends. BlackBerry Aurora's display is 5.5 inch which is equipped with 720 x 1280 pixel resolution. As usual 16M colors are used to give you vivid display. Display of BlackBerry shining Aurora also support multi touch that's make it easy to pinch or stretch anything on your display while zooming in or out. Chipset used inside is Snapdragon 425 that power-up the Blackberry to perform all the processing easily with newborn Aurora. Chipset used is not too much powerful that's why 4GB of RAM is hired to fill the gap and improve the gaming and multi-tasking of the Aurora. 32GB built-in storage completes the memory department which is capable to stores large amount of data along with OS and built-in applications. One more good news about Aurora is this that it is running with most desired Nougat operating system. After its operating system next comes the camera. On the back 13MP camera is used while on front side of Aurora 8MP camera is installed. Both cameras are quite powerful and capable to give you heck of photography now matter how bad are light conditions. Aurora by BlackBerry hired the 3000 mAh battery to keep itself on for more then one day after an active use. Dimensions of this phone are 152 x 76.8 x 8.5mm while it weighs 178g. BlackBerry Aurora is available in black, silver, and gold color options.