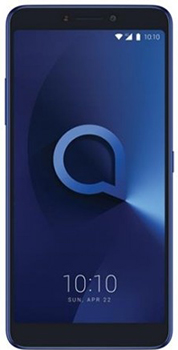 Alcatel 3V - Boost Up Your Speed!
Oi! What? Alcatel is launching 3V! Seriously wow its amazing! Today we got our hand on this news that TCL owned brand is launching new series of smartphone for this year with new names. Renders of Alcatel 3V revealed in a post which is indicating that smartphone is coming with Full Vision Display and along with render images most of its specifications are also provided. Alcatel's 3V got massive 6 inch display which is materialize with 1080 x 2160 pixel resolution. Now there will be more crisp in the image and video playing quality of Alcatel 3V's display is improved to its best. Mechanically this phone is consist of chipset manufactured by MediaTek and the model number of the chipset is MT6737. Quad core processor is seeded on chipset of 3V where tick-tock speed of the processor is 1.45 GHz. Third mechanical component is its 2GB RAM which is going to make sure that user of the 3V will get the full advantage of the power of RAM. Just like Samsung built-in memory of most of the devices did not exceed the 16GB same approach is adopted by this brand and that's why Alcatel gave 3v only 16GB of the internal storage in which some of the storage is already under used by the software of the device. To make the things right expandable storage slot is provided by Alcatel so users will expand the storage of the 3V according to their needs. One more trend that we saw in today's smartphones is that they used dual camera on front side or back. Following the trend 3V also acquire a dual camera on the back side. One of them is 16 MP which is the main sensor while second one is 2 MP which is used to add the depth of field in the image. 3V by Alcatel got 8 MP camera for fore side which is used to shoot selfies with super fast speed. A smartphone is incomplete without energy source that's why 3000 mAh battery is chosen for Alcatel 3V.